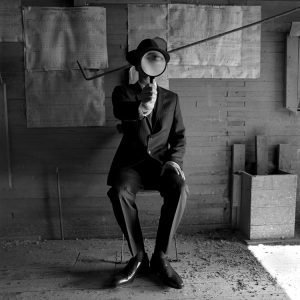 I’m going to go out on a limb, and say this: In order to say something outward, something universal, you must first look inward. I’m sure there are many people who would not agree with me, and that’s fine.  This picture conjures up for me the idea of self-reflection. When I was very young, in my early twenties, I had this tremendous amount of anxiety, emotional intensity that needed an outlet.  I didn’t know how to do it.  Photography became a means to the end of allowing me to express myself.  But I also knew at the same time that it was an incomplete expression—there was much more inside me that needed to get out.  So I began the process of psychotherapy. To me, therapy isn’t just the art of healing—although there is a lot of that included in it—but perhaps more important is the way it allows you to follow Socrates’ declaration: Know thyself. Therapy, and the resulting introspection, allowed me to become sensitive to the parts of me that were hidden, or repressed, or unavailable to me consciously.  It was an incredibly wonderful gift that the twentieth century gave to me.  Many of these pictures in this book are a direct result of that.

To say a photographer has a vision is to say the photographer has something unique to say to about the world.  Why do some photographers have something unique to say, when so many others just shoot pictures that are general and lacking vision? Most people would say it has to do with talent. Maybe. But maybe not.  Maybe it has nothing to do with talent.  Maybe it has to do with the ability to express one’s feelings. The person who presents a strong vision has figured out a way to express his or her feelings, while others are struggling to do that. Talent, then, becomes not so much artistic talent, though that may be a good part of it, but rather emotional talent.

This applies to music as well: much of music, obviously, is a technical skill, as is photography.  However, the difference between a good musician and a great musician is, I think quite obvious: emotion. When I was in Israel right after graduate school, I sat in on master classes with Arthur Rubinstein, Isaac Stern, Alexander Schneider, and Gina Bachauer.  I remember a particular class with Isaac Stern.  They had some of Israel’s greatest prodigies on the violin.  They would play in a technically perfect way.  But then Isaac Stern would play the same thing.  It was like night and day.  The difference was not so much that Isaac Stern knew the notes any better; rather, he could feel it better. He knew himself and his emotions better.

Too blah to blog