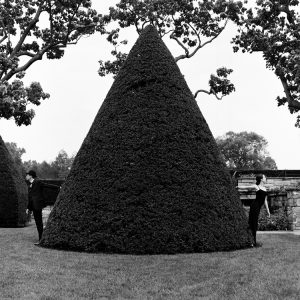 On the evening after the reading of the will, my sister, her husband, and myself had dinner. My sister, much to her credit, announced that she was going to confront my mother in her hospital room. This was a very delicate matter. How does one tell someone they are dying without telling them? I was going to leave that up to my sister.

I would have been unable (and perhaps unwilling) to do this. Some part of me felt that our fate was inevitable and one didn’t fool with Mother Nature; especially this mother who the day before had announced to everyone in the room how badly I looked and smelled. I feared, perhaps, it was time to finally put this family to rest.

But, I am ashamed to say, that I needed any legacy I could get. I was struggling financially, and at the time felt so incapable of any success on my own merits. Even if I failed, this small inheritance would at least support the failure.

I, like my father, and now my mother, was looking after number one…me. Was I capable of looking after the ones around me as well? Unbeknownst to us, my mother would die within three days of this conversation.

The next day my sister entered the hospital room while Steve (her husband) and I, stood cowardly outside and listened quietly to every word. My mother’s husband (which turned out to be fortuitous) was already in the hospital room. My sister quietly approached my mother, and slowly began to unwind the story of going to my mother’s apartment and hearing about the contents of the will. She informed my mother that according to the will, everything she owned, the apartment, the antiques, paintings, etc., would be left to her husband. All of the assets that my father had purchased would now be transferred to her new (90 day) husband and his heirs.

This part I remember well. My mother immediately said, “This is not true. Tell them Sidney. This is not the case.” Her husband said that it was true, and that this is what she had wanted, the survivor takes all.

My mother started to cry hysterically. One must understand, my mother thought she was getting better and we tried very hard to never inform her of how dire her circumstance. Everything was crouched in theoreticals.

My mother turned to her husband and said, “Sidney, you must make this right. I did not understand what I was signing.”

At that point I entered the room. I had been a coward up to this point, but now the real greedy me was ready. I was told about what had transpired, pretending not to know that I had heard every word from outside the door.

It was at this point that I intervened. I said that there was no time like the present, and that we should write up a very simple agreement and sign it now, stating their intentions, to be formalized later with a lawyer.

We looked frantically around the room, but nobody could find any paper except a small napkin placed by a drink. Sidney signed this simple hand written statement of not more than a sentence, which I kept and the subject was dropped. We all thought he would go to his attorney in the next few days.

It was all downhill from there. My mother died quietly and suddenly, two days later. Both my parents had died significantly earlier than their parents. The good life may have taken it’s toll, or simply it was just fate.

After the funeral some weeks went by and finally we confronted my mother’s third husband of three month’s about the agreement he signed in her hospital room.

He told me that he had no intention of honoring it, it was all forced on him under duress and therefore of no significance. He also told us that his son, who was a partner in one of New York’s top law firms, would handle the case for free. He was happy to have us litigate to no effect, as far as he was concerned.

None of this surprised me. Perhaps, that is why I had him sign at least a napkin in front of my mother, in her hospital room. He was not a bad man (although my sister despised him, and his sons). I am not sure I completely disagreed with him. He did what my mother wanted and needed, but still, it was my father’s money, not his and they had only been married for three months. I would fight this one for me and my father. I knew my father would want this.

This little cocktail napkin held the only hope. At this point, life seemed as it normally does, full of uncertainty, confusion, with a large dose of melancholy added to the mix. I had now lost my mother and father. I had lost the battle’s with them and I had lost all their power and money. All my attempts at reconciliation would have to be done without them. I was now alone. Was it too bad for me, or was it all as it should be?

To be continued next week.

Seek and Ye Shall Find

In the Land of Light Part 1