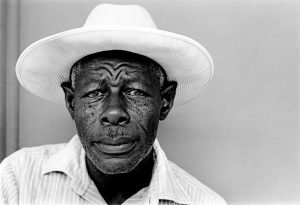 Everything began in the Summer of ’62. I was a freshman in high school, and like many well-to-do boys at that time, I was sent on a teen tour of the United States and Mexico. My parents got me excited by the fact that it was coed, and coming from my first year at an all boys boarding school, this experience seemed full of adventure, and presented an opportunity to converse, and perhaps even kiss, some extraordinary creature from the opposite sex. Who cared where we went, as long as there were girls along the way? To this day, the only thing I can remember about that summer is the story I’m about to tell you.

Before I begin, I must go further back into my early childhood. My parents traveled all the time. They loved to go by ship, plane, or camel to whatever remote spot on the planet they could find, as long as there was luxury attached. They would go on safari, explore Egypt on camel, travel by biplane, etc. The expression of ‘taking the longboat’ must have been written about them, because they would often be gone for 2 or 3 months at a time.

This left me alone with the German caretakers, Martin and Fritze. I learned to love them, equally if not more than my parents, and it is Martin of all people who probably initially instilled my interest in photography.

You see, he was a mechanical genius. Like all Germans, he could fix anything. The toast would pop out of the toaster at record velocity, the cars hummed, the lawnmower purred, everything worked when he was around. He also had a love of cameras. I would often go away with them on weekends to hike and camp in the Bear Mountains, where he would take pictures, and on weekday nights on occasion would convert their bathroom into a darkroom.

It is there, at age 5, that I was first exposed, literally, to the wonders of a darkroom. It is Martin and Fritze, (The Help), that not only got me interested in photography, but also taught me who and what is important in life. So while my parents were gallivanting through The Congo, I was in awe of the darkroom, and learning to love and admire people who did not have the trappings of success, but had the wisdom and gentleness of the masters.

So before leaving on my own adventure, for some reason I do not remember, I asked my father for a camera for the trip. It was not just any camera, it was a Kodak Retina Reflex, with a Schneider 50mm lens. In those days, Kodak made a beautiful camera with German optics. It was my first pride and joy.

With my camera and total anxiety in tow as usual, I went off to see America. In the middle of the trip, we were scheduled to take the train from Nuevo Loredo, Texas, to Mexico City. A day out of Texas on the train, deep into Mexican territory, the train stopped, because there had been an avalanche on the tracks. It took two days to send a crew from Mexico city to fix the tracks. So while sitting in the middle of Mexico, all the grown-ups drank the train dry of liquor, and the kids were allowed to get off the train and walk around.

Many Mexican children came to the train as time went on, out of curiosity or to sell items to the tourists. And this is where the real-life adventure begins. I found myself unconsciously attracted to the Mexicans. I took pictures not of my teen mates, but of the Mexicans and their children. I filled the frame with their faces, and to this day, I still remember how they looked. But for the life of me, I cannot remember a face or a person from that tour.

So this is where it all began, but where it ends is part of a larger discussion.

These images, although not taken on that trip, are reminiscent of what I shot in Mexico as a child. Both of these were shot in MIssissippi in 1977. In the Land of Light Part 2

Danielle With Snakes, Alligators, Guns And A Boat