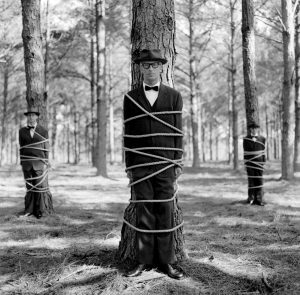 Just as I was approaching my full adolescence, and girls began to occupy at least 90% of my thoughts, and cars the other 10%, my parents thought it the perfect time to send me to an all boys’ boarding school. That way, they could leave the driving to them, and they would be free to travel the world with no guilt about who is left behind. I couldn’t decide at the time if this was the best thing that ever happened to me as I would be free of the confines of my home, or was it the worst thing that could happen to a boy to be sent to a confined school without girls and without family.

So for a week in my 8th grade year my mother and I trekked off in search of the perfect school for her son.

We looked at this and that school all over New England, and as far as I could tell, never was there and utterance about the academic provenance of the school, but rather constant chatter about uniforms, proper attire, the maintenance and care of buildings, and particularly the overall aesthetic of the place.

Oh, one other thing. As I was raised nominally Jewish, it was very important that I attend a strongly Protestant, preferably Episcopalian school where a moral code was preached, quickly forgotten, but the attainment of wealth and status was never forgotten.

Finally, near the end of our quest, she found it. As soon as she walked onto the campus, met the head master, purveyed the glorious drama of the buildings and grounds, viewed all the blonde attractive boys, she exclaimed with a great deal of glee, “This is the place for my son!” Never-mind its lack of academic excellence, it had all you needed. It was beautiful, everyone looked great, it was perfect. In deference to my mother it truly was a masterful place. Unfortunately the tree that produced this apple had this critical eye that proved correct to often for her own good.

It was built in the early twenty’s by a woman equally as fanatic and eccentric as my mother. Set in over 10,000 acres of the Connecticut countryside, she had built a small English school modeled after Eton. She brought craftsmen from England and had gone broke painstakingly building stone by stone a masterpiece, which originally had a mote, designed to surround the school. I guess was to either keep the rabble out (although it was miles and miles to the nearest town) or probably to keep these 200 spoiled rotten kids in.

She ran out of money using her entire fortune to build a preparatory school to build character in boys. This was a hard thing to do in the 1960’s. Whether it worked or not is yet to be determined.

Never the less, the school was truly a masterpiece of architectural distinction. It was like going to school in 19th Century England. Harry Potter could not have had dinner in a finer building. The refectory was built like a Viking ship turned upside down.

Well come early September of 1962 my mother and my father drove me to school and quickly said their goodbyes.

As I stood alone wondering what the next four years would bring, I had the audacity to walk up the stairs to the wrong dorm. Unfortunately it was the senior dorm. And without further ado or hello, or even goodbye, two boys grabbed me, put me in a tall garbage can and rolled me down the stairs. As my head was knocking against the can I could hear the two boys laughing and yelling, “Welcome to your new home.”

Why I believe in Mr. Claus