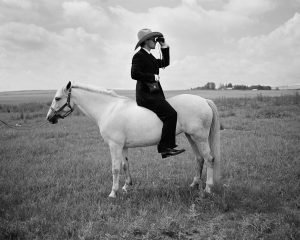 I have an extraordinary daughter named Savannah, who will at times demonstrate how hard it is to move forward.

She is extraordinarily capable of focusing and attaining what lies far ahead, but seems totally perplexed by what lies directly in front.

At dinnertime we have a nightly ritual. It usually proceeds like this. I work at home all day, and my wife works in New York City. She commutes on a daily basis, and as my wife knows how to work very hard, she often finds herself leaving early in the morning, not to return till close to eight in the evening.

A typical dinner might look like this. My daughter and I are starving, and my wife is too tired to cook. We all decide to go out to dinner to a local restaurant. Luckily, we live in an area where there are a fair number of choices. As we eat out often, we all know intimately the choices.

It is here at this interchange, at this moment in time, that all hell breaks loose. My daughter needs to look backward, before any forward movement can commence.

On most nights, my wife and I have learned over the years to refrain from any suggestion as to where we might go. We simply ask “Where would you like to go to dinner Savannah?” It seems like a fairly simple, straightforward question, but it sets off a nightly tempest.

Her response is “I don’t know,” which also seems fairly harmless and direct in its response. I might then take the lead and make a suggestion of a specific place, which would be countered with a higher-pitched “I don’t want to go there!” I then may, usually mistakenly, suggest a different alternative, which will be met by even more drama and characteristically annoyed regard, with another “I don’t want to go there!!” at which point, if I’m a little smarter, ask Savannah, “Where do you want to go?” Immediately, she will say “I don’t know” again, which basically has led us back to the beginning, or in effect nowhere.

This interchange can continue for some time, rising in pitch and plumage, usually only receding from exhaustion, and the now even more desperate need to eat.

Its quite amazing that by trying to move the horse backwards when he wishes to move forward gets everyone nowhere fast.

Rule from the Center

In Sickness and In Health Part 2